Well well well. The start of another season, and time for another Top 100 FA sanctioned corporate BJ that involves everybody except Levante.

What a farce that predictor poll was. Honestly, you knew who was going to win it before the first vote was cast.

Let’s have a look at the results shall we?

First place 17 votes: Torino and Michael Hudson. Truly, is there anybody that saw it going differently? Take a look at the evidence. The Top 100 board is made up of Frank Hirst at Genoa in Italy. Stephen Beddows at AC Milan in Italy, and DP at Juventus in Italy. This is where the Italian mafia plot thickens even further. DP’s Juventus play in the beautiful city of Turin. You’ll never guess which other Italian side also plays in Turin….. Who knew that Huddo was in on the conspiracy as well? Clearly last season’s relegation has seen him go back to the regime running the show and beg for some forgiveness.

I’ve been watching all those Italian sides. Genoa, Juve, AC, the lot. Then at half time I found something more interesting to do. 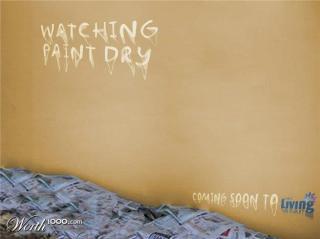 Second place equal 5 votes: Celtic and Ruts: You know what, I used to have some respect for Ruts. Right up until Sunday actually. Steven Gerard was sent off against Celtic on Sunday, and all because of Ruts. The man was going mental on the touch line. I’ll be honest, I didn’t think he was trying to get Gezza dismissed to begin with, I was concerned for his health. I genuinely thought he was having a seizure at the side of the pitch. I was wrong though, and he was in fact acting like a scumbag. Gerrard walked for nothing, and we were down to 10 men. Now as you all know, I’m usually a very easy going kind of guy. I don’t get too excitable, and keep my views in check. That performance from Ruts though was an absolute disgrace. We were getting into the game, and in my opinion, we’d have gone on to win by 3 or 4 ourselves. Disgraceful scenes, but obviously Frank et al were watching and rigged the vote in his favour.

Second place equal 5 votes: Celta Vigo and Ryan Chisholm. Well well well. Another member of the Beddows clan is topping the pre season favourites list. Who’d have thunk it? Seriously, this “poll” is about as crooked as a tea party with Robert Mugabe and Nick Leason. Yep, it’s an absolute disgrace put together by people that couldn’t be any more shady if they were sitting under a parasol.

Third place 3 votes: Malaga and El Grego Bilboa. I’ll be honest, this one isn’t a bad shout. Not sure El Grego’s side have enough to quite go the distance, but they’re in woth a decent chance of second. Second to who though? Well it’s a no brainer isn’t it. Levante and Malaga #msfga

Fourth place 2 votes: Werder Bremen and Gav Hamer. I am stunned beyond belief that somebody other than Gav voted for Bremen to win the league. I can only assume that he got his other half to vote as well. Either that or the three amigos running this show promised to double the number of votes he gained. What an absolute sham. It’s disgusting, belittling and just plain disrespectful. Bremen get two votes, and we get none. I’ll say publically right now that when we play Bremen, we will beat them by at least 2 away, and 3 at home. Obviously that depends largely on the gross unfairness thrown in our direction on match day, but we are a much better side than them.
If you want to know how the league will actually look, then it won’t be too far from this.

While I’m at it though, it was good to see one of my players in the team of the week. I assume this will be a regular event, and come mid – season at the latest, we will have a minimum of 4 players nominated each week. Come seasons end, I would also expect that the whole TOTW is made up of whichever first XI I elect to play for any given match.