In the group stages Madrid were drawn in the same group as Atletico Madrid, Villarreal CF and FC Porto. The first match saw Real Madrid play away to there local rivals Atletico Madrid.

Goals from Lewandowski (2) Bale, Vidal and Eriksen saw Real batter Atletico in what was there best performance of the season. Well deserved three points, and off and running in this tough group.

Two more goals from Lewandowski and others from Bale, Neymar and Marcelo completed another top performance, as Villarreal CF were swept aside in another dominant display. Another three points, and six out of six.

After the first game, The Doc was after revenge. And he nearly got it. An early goal from a Cerci penalty gave Atletico a halt time lead. Real Madrid players came back out at half time after a Roy Keane bollocking and Lewandowski equalised with ten minutes to go, to grab a point.

Villarreal took the lead with a goal from Moreno after 7 minutes, only for Bale to equalize. But one minute later Sandro made it 2-1 to Villarreal. Triguerus the made it 3-1 before half time. After another Roy Keane ear bashing, Madrid pulled one back through Lewandowski. But it wasnt enough, Well deserved win for Villarreal.

So Real Madrid were drawn against FC Porto in the next round.

Yet another goal feast saw Porto take an early lead through Silva, but 2 goals from Neymar before half time made the score 2-1. Lukaku made it 2-2 after the break, but goals from Lewandowski, Bale and Neymar sealed the win and take a good advantage into the second leg.

Two first half goals from Neymar and Lewandowski all but sealed the win, as Madrid continued to look for more goals, A 63rd minute goal from Koke finished off Porto and ran out comfortable winners 8-2 over two legs.

Real Madrid went through to the final and were up against Gareth Crisp and his Athletic Club.

In the final first leg, Madrid went behind to a Bueno early goal. But goals from Hazard and Neymar made it 2-1 at half time. Madrid carried on in the second half, and had shot after shot at the Athletic goal. Late goals from Lewandowski and Captain Ramos made it 4-1, and a huge lead going into the second leg.

The second leg was a very tight game, and only a Hazard goal could split the two teams. But the celebrations continued long into the night… 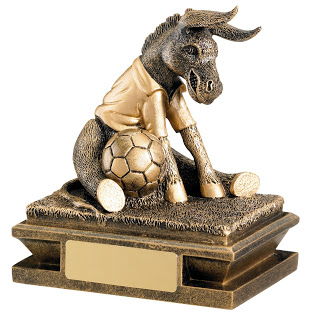 So onto the next stage…

Roy Keane’s side came up against a very strong Gary Naylor Paris team. two first half goals from Koke and Hazard gave Madrid a well deserved half time lead. Neynar and Marcelo completed the rout, as Madrid went through into the semi finals..

Rob Ryan brought his Napoli side to Madrid in what was a very entertaining game. Madrid took the lead sanchez, only for Higuain to equalize before half time. Madrid were much stronger in the second half and a rare Godin goal made in 2-1 , and a last minute Sanchez goal took Madrid into the World Club Championship final.

In what was a very tight first leg, only a Christiano Ronaldo goal could split the two teams. A very angry Roy Keane promised better in the second leg.

As promised Roy Keane’s Madrid side were much better and a Koke goal saw Madrid take a  1-0 lead at half time. Again the match was very close until up popped Neymar in the 55th minute to seal the victory as Madrid won 2-1 over the two legs. Roy Keane , the Madrid players and fans celebrated in Gursisman Brar’s own back yard. 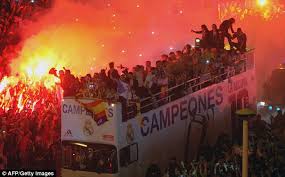 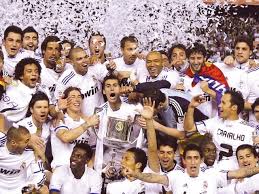