Post Match Celebrations in Turin
Going into the 2nd leg last night at Juventus stadium the Italian outfit had a 2-1 advantage which they had obtained in Moscow last week thanks to goals from K.Coman & D.Selke.
2nd Leg Match Report
Juventus went into the game with a 2-1 lead from Moscow & a potentially important away goal but the youth of Juve & Loko as well as a little from Real Madrid had other ideas. In the first minute of the game Loko scored to level the score through MIROSHNICHENKO to make it 2-2 overall but Juve with that potentially key away goal.
Chances for both sides as the first half progressed before CATALDI fired from range to level the nights game. Half time & the introduction of 2 boys from Real Madrid, EMBOLO & WERNER who were up against their own club mate HÖJBJERG in midfield for the Italians. It was then the Danish midfielder who fired home to put Juve 4-2 up on agg.
The nights game however was far from finished as Werner & Embolo went close before MIRANCHUK levelled the nights score 2-2 & put the agg score to 4-3 in Juve’s favour however the away goals would now swing in Loko’s favour if they were to bag another.
SELKE has this season combined fantastically with COMAN all the way through the competition & it was in fact SELKE who put the Juve fans into ascendancy making the score on the night 3-2 & DP’s heart at rest. That was however for only 4 minutes as Greg Owen’s Loko side were not done yet.
OLAZA smashed home & now put the away goals well & truly in Loko’s favour but the agg score 5-4 to Juventus with just over 10 minutes remaining. This was Loko’s 3rd shot on target & the 3rd to find the net in what was a terrible evening for the Juve defence.
Lokomotiv would test that defence a couple more times as would Juve push for the killer blow but neither side were able to find the nights winner. The 90th minute came & Juve were champions! 5-4 after 2 legs & two fantastic games between Juventus & Lokomotiv Moscow. MIRANCHUK was voted as MOTM.

DP’s Post match comments
“Congrats Greg on a quite truly Leicester like youth campaign this season, some fantastic results & tonight the tactical switch really made an exciting match, I had my heart in my mouth more times than I’d care to share! Top stuff.”
Juventus
Season 2 Youth Cup
Squad Stats

Only M.Hassen in goal, E.Hysaj at fullback played every single minute of the campaign for Juventus however if K.Coman had not been sent off in the 58th minute of the 2nd leg in the final he would have also played every minute for his side.
It was K.Coman in fact whom DP praised in his post tournament comments for his importance in the cup victory, contributing 7 goals & 5 assists during the campaign making him the joint top scorer alongside D.Selke & joint top for assists with L.Sane. A clear star for the side although he was only awarded the MOTM award on 1 occasion during the 13 game tournament.

K.Coman (France)
K.Coman’s red card was the only one recorded by the Italians in a well discipled display from the champions however K.Coman clearly has much learn still at the tender age of 19 having also amassed a total of 4 yellow cards, the most of all Juve players.
Juventus used a total of 26 youth players over the span of 13 games, surely one of the highest totals amongst competing sides & only one of those players was not on the books of the Italian outfit during the tournament, that player being Pierre Höjbjerg on loan from Real Madrid.
A poor defensive campaign in hindsight from DP’s side whom is usually a manager that fields well disciplined & defensively astute sides that rarely concede goals, the total conceded in the 13 game span was 19. 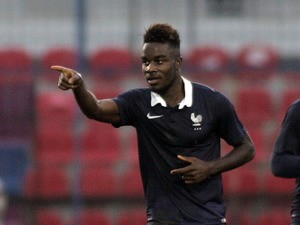 M.Cornet (France)
Frenchman M.Cornet will be hoping that his contributions in limited minutes this season will be rewarded in Season 3. The forward appeared in 5/13 games this season but only amassed 115 minutes in which time he was able to provide a goal & an assist for his side. M.Cornet was also the only player to have played over 90 minutes & never see his team concede a goal whilst he was on the pitch.
At 19, along with international teammate K.Coman the future is bright from Juve’s forward line in future youth tournaments & perhaps a lethal wide forward partnership will blossom next season & over the next 4 or so seasons they will be eligible for the youth cup.

L.Sane (Germany)
DP was also quick to praise the contributions of L.Sane whom joined up with his side towards the end of the group stage & went on to provide 2 goals & 5 assists for his new side, another young star with plenty of seasons left for him to show off his talents in the youth cup.
At the other end of the spectrum Juventus will need to replace just a couple of players whom will not be eligible for next seasons Youth Cup having recently turned 22; E.Hysaj, J.Castro.