Arsenal Freshen Up In Numbers! 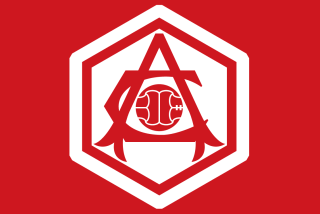 Arsenal have been rather busy in the market recently, revamping the squad. The likes of Gareth Bale, Medhi Benatia, Luke Shaw & Phil Jones have all made the trip to the red side of London. With Michael Bowes not stopping with negotiations, he continued to search for the quality in the areas of the squad he thought lacked stability. MB was very adamant atleast 1 world class central midfielder was needed, the Arsenal leader turn’t to Bayerns very own ‘Arry Redknapp himself, Gursimran Brar. A deal which was agreed all the way back on the 9th April and took days of negotiations was completed on 28th April that saw Douglas Costa move back to Germany. A familiar face of many English heads from his days at Liverpool would be part of the deal to take Costa away from the attacking hands of MB, that man was Xabi Alonso. The world class midfield Arsenal was craving all season! Time isnt something the Spainsh man holds with him being 34 years old but something he can bring is experience and quality. Young German prodigy Max Meyer also joins but it isn’t understood wether or not he can displace the attacking trio of Willian, Barkley or Bale for a starting spot.

With one central midfielder in and with enough time to try and find someone to partner Alonso, Bowes went on the hunt for a second deal. Enzo Perez would be the man he decided on. The Argentine came at a price of Paulo Henrique Ganso along with Marco Van Ginkel & £9m exchanging hands. A cheap price for someone who’s rated at 91. Arsenal started the MB reign with Wilshere & Fernando holding the midfield, with recent dealings the new pairing of Alonso and Perez plan to end the season with a few games under there belt.

With depth lowing and the age of the squad getting high, MB looked to move in the market to replace the higher rated players for younger, hungry squad team members. The likes of Per Mertesacker, Reges Fernando & Ezequiel Lavezzi who are all close or over the dreaded 30 age limit and wouldn’t be guaranteed minutes due to the recent transfers were the men Bowes looked to ship out and bring in players who were more suitable for the roles of squad players and can mature into first team regulars. Marc Bartra of CSKA Moskva was the first man to be brought in, the ever reliable Reges Fernando would depart. With a CB being brought in Per Mertesacker was pushed even further down the pecking order with less minutes promised, talks with Gav Harmer’s Sampdoria started and Italian Roberto Soriano was the man on his lips. £9m & Per Mertesacker would eventually move to Italy to seal the deal.

After looking at the transfer market for what deals wheeler and dealer Bowes could find, he spotted no other than Hamburg’s RB Dennis Diekmeier, with a price tag of £8m Arsenal decided to match it and proceed to contract negotiations with the 26 year old German. All papers were signed and within hours was shipped out to Top 100 president Frank Hirst’s Genoa. With the Divsion 4 title and automatic promotion still widely open, MB hopes the RB can be a big part in the last 6 games and prove his worth.