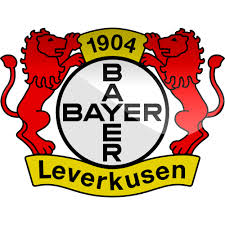 Manchester City 0-0 Bayer Leverkusen
So life in Germany has started ok for new boss Noisy as we returned from England with a positive point and our second consecutive clean sheet in the league.
After being appointed earlier on this week Noisy knew he would be under pressure to deliver results from the start but considered this solidarity point to be a large success.
Infact Leverkusen played rather well that the City keeper Akinfeev was named as the games MOTM.
The squad will train today before travelling to the rather hostile Istanbul for Sundays huge game against Fenerbahce.

Much of the hostile crowds frustrations will be directed at Noisy and he knows he must remain positive and calm on the touchlines for his new team as we would love nothing better then to turn up to the Şükrü Saracoğlu Stadium and claim all three points.

One former face will not be facing us as RVP has moved to Napoli and we’ve already been on the phone to him to try and get some inside info on Little’s new tactics.
Many are predicting fireworks and a explosive affair and Leverkusen will try there best to deliver.